Log into your servers with SSH and authenticate with your Security Keys and OpenPGP cards over NFC and USB. TermBot is based on ConnectBot and uses the Cotech Hardware Security SDK. 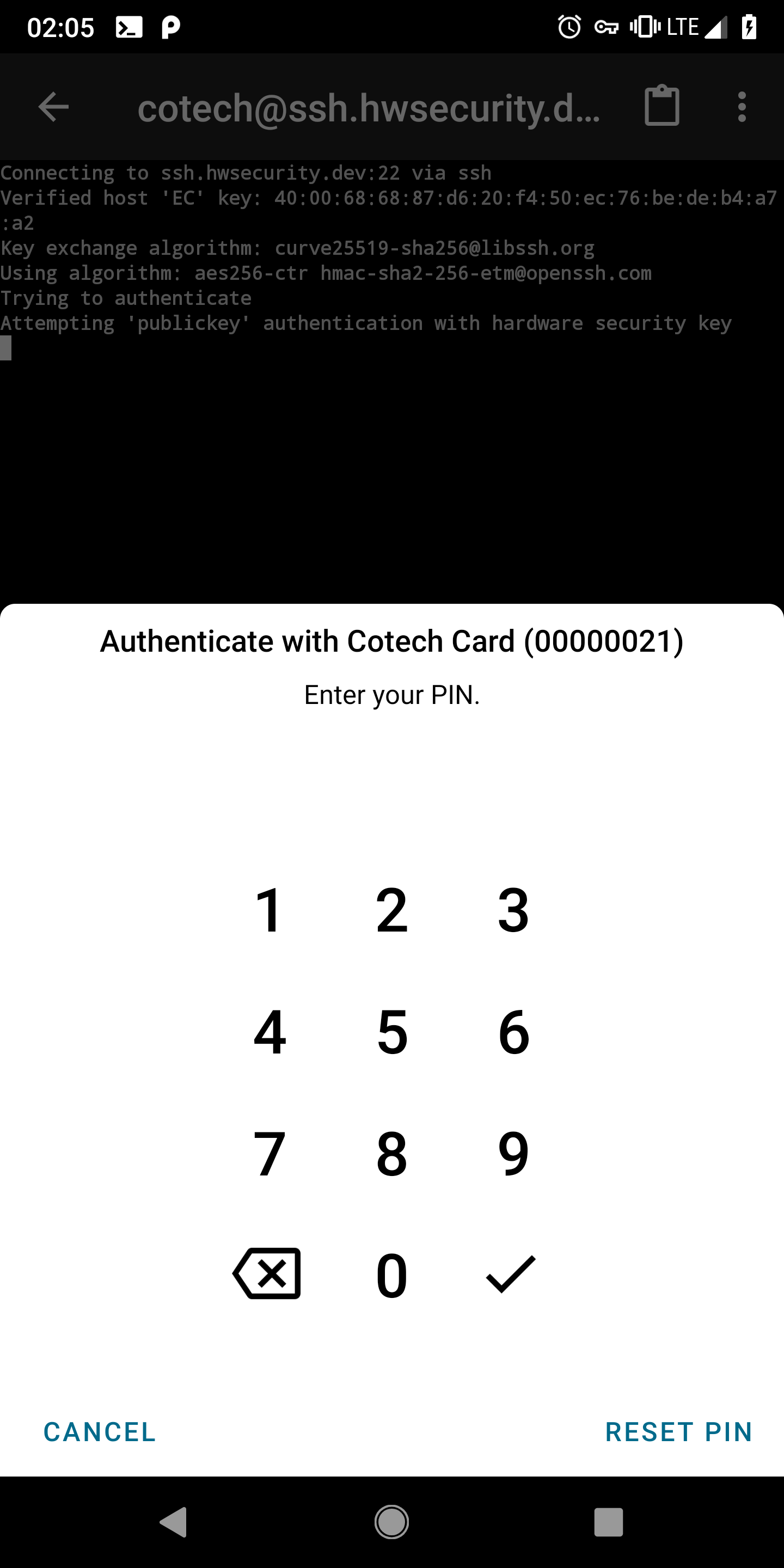 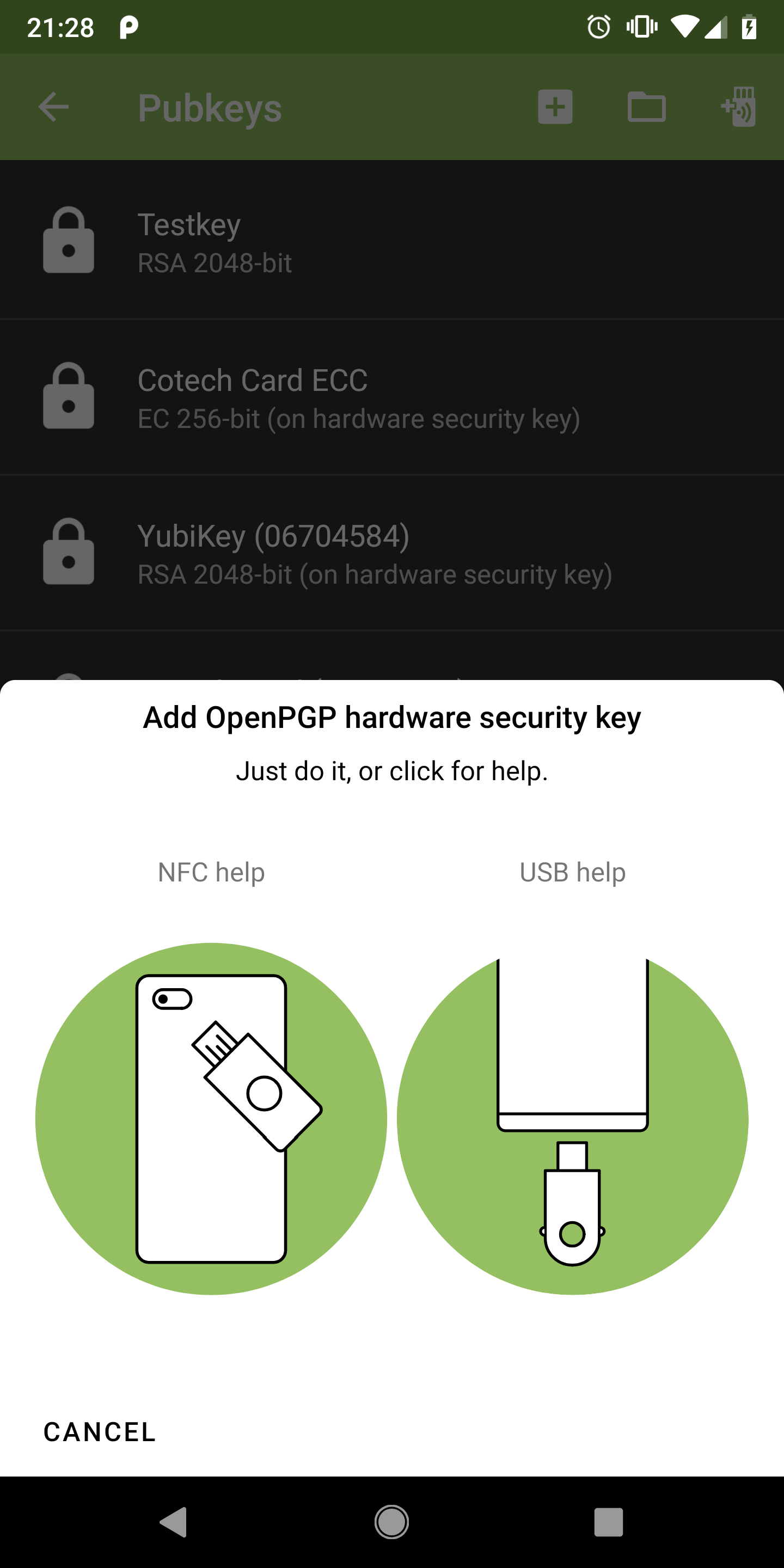 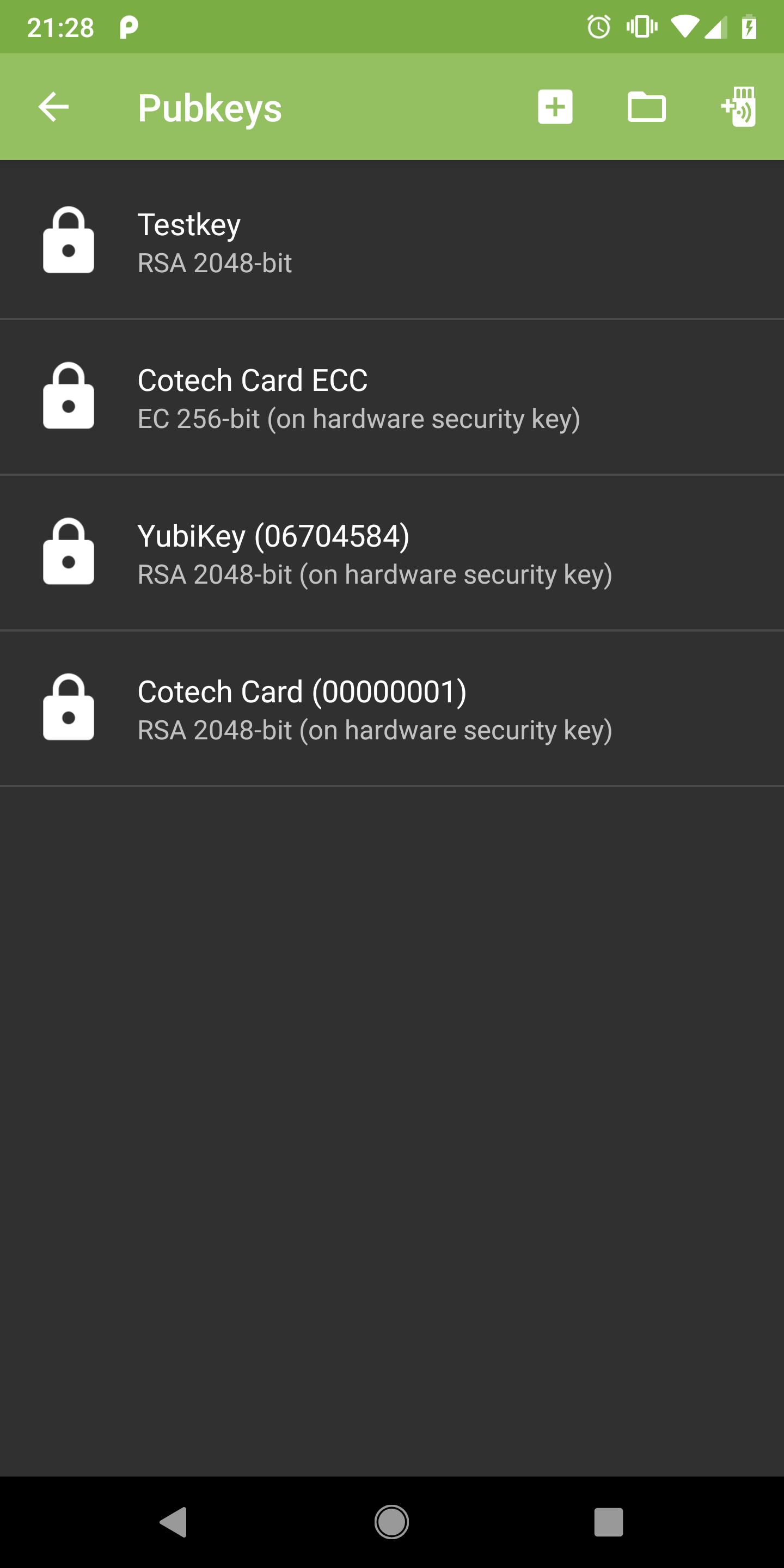 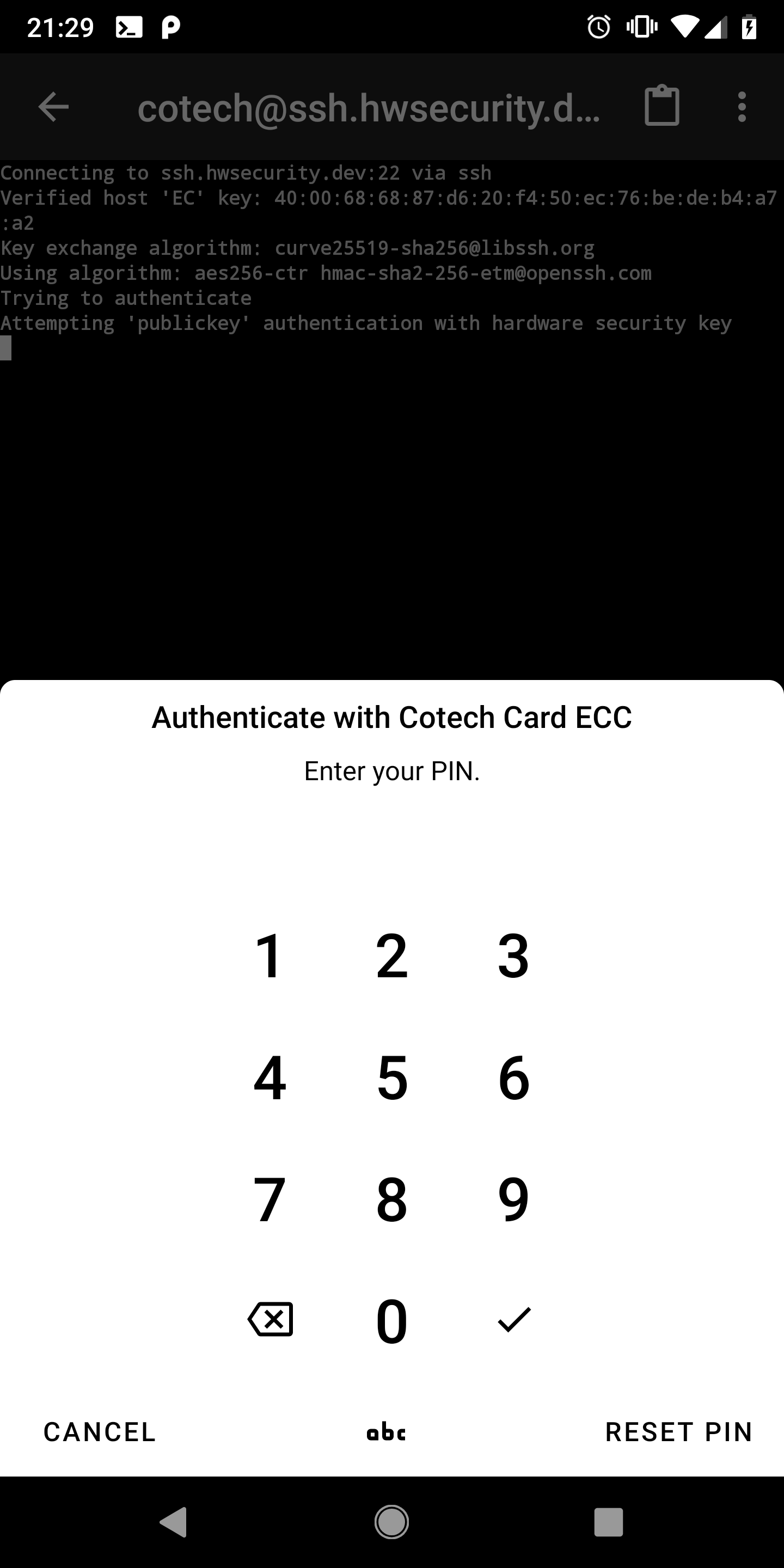 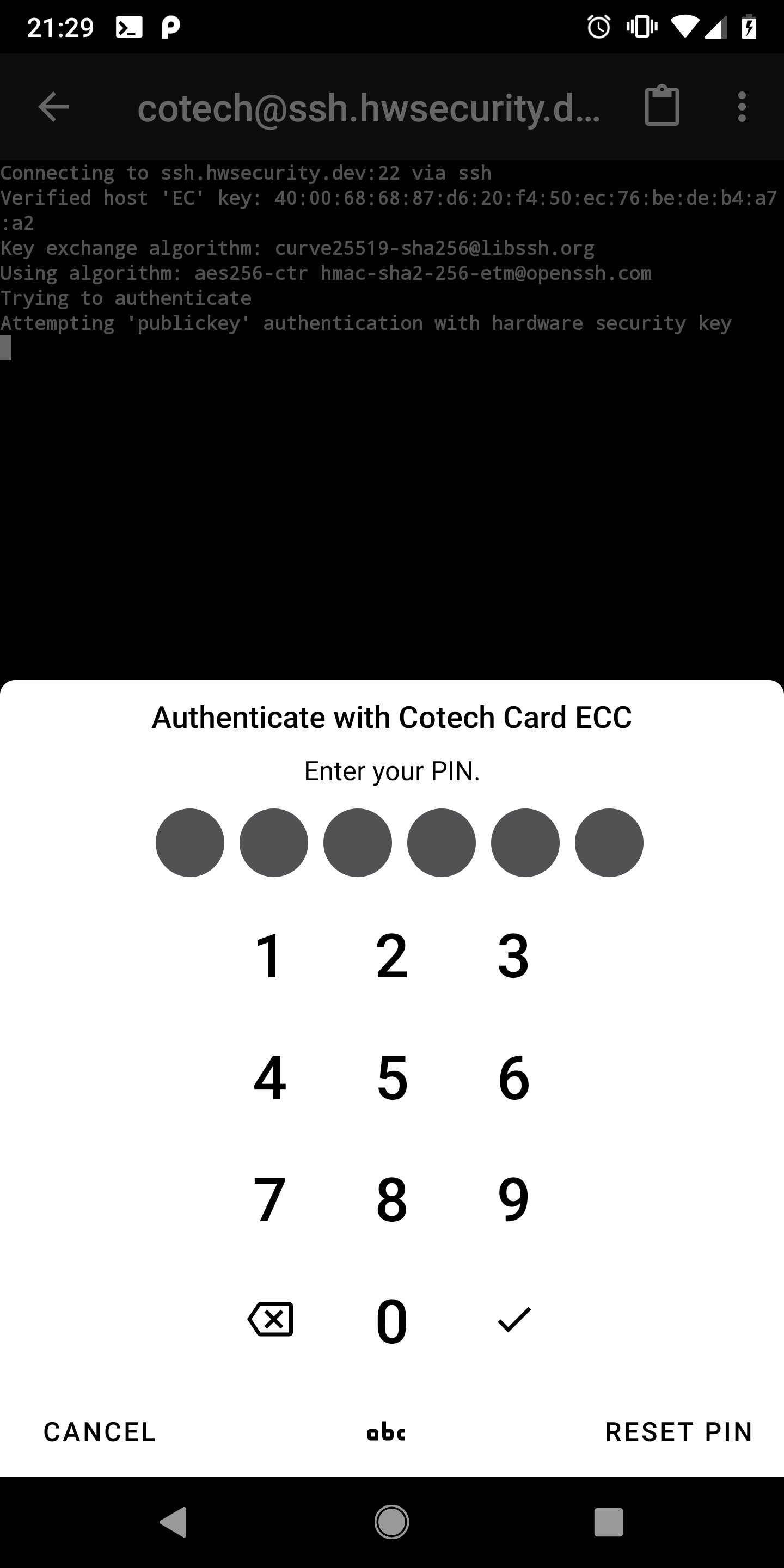 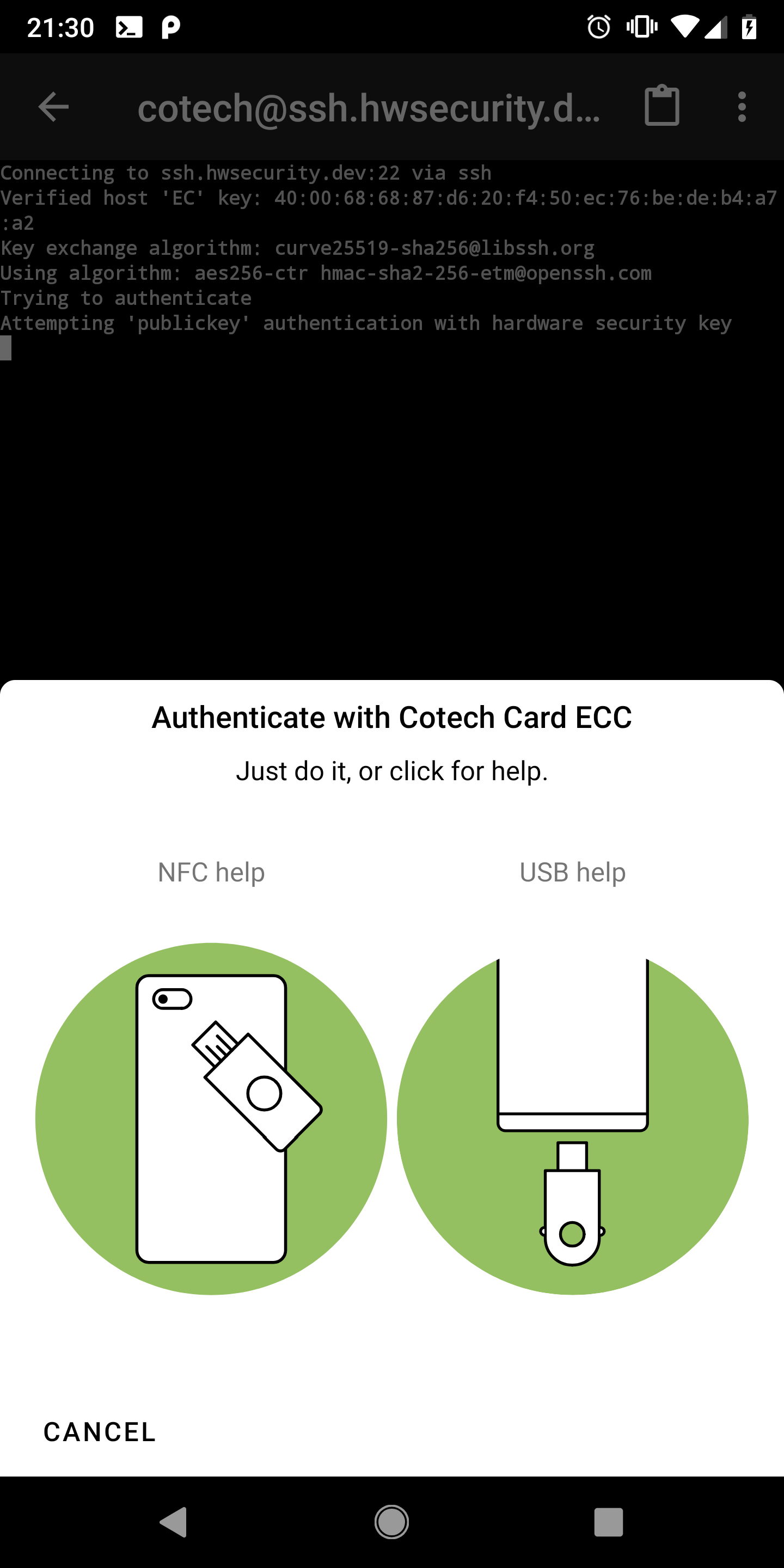 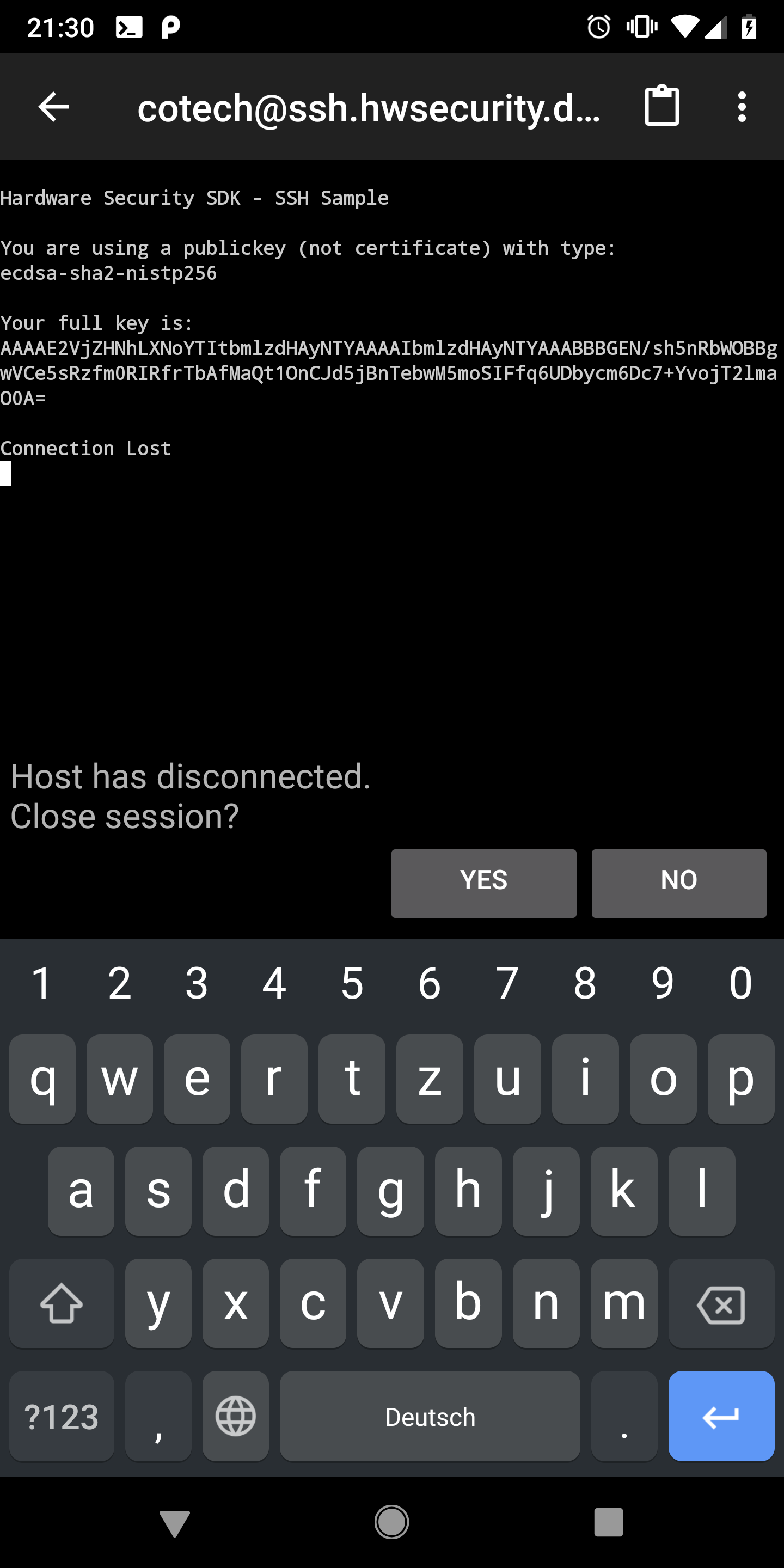 This list is not exhaustive. A full list of supported hardware can be found in the documentation of our Hardware Security SDK.

You can switch to a keyboard input by clicking the small button with “abc” at the bottom of the dialog. However, we recommend a numeric PIN as there is no need to choose a difficult and long PIN with other characters.

Security Keys and Smartcards have a vastly different threat model than password-encrypted files or Internet accounts. While the latter can be brute-forced by trying all possible combinations of different password-lengths, security keys and smartcards get locked after 3 failed PIN attempts. Then, the card needs to be unlocked again using the PUK (also called Admin-PIN). After 3 failed attempts using the PUK, the card is finally blocked and can only be resetted completely.

Thus, even when choosing a short numeric PIN (the standard recommends 6 digits), the probability that an attacker can guess the correct PIN is negligible low.

Export your OpenPGP authentication subkey, convert it to SSH format and import it in TermBot.

On Debian/Ubuntu, this can be done as follows:

Support Security Keys and OpenPGP Cards in Your App?

Learn about the features of the Hardware Security SDK in detail. The guides, API reference, and example projects will help you get up and running in no time.